Web development standards are almost unrecognizable from just a few short decades ago. What was a niche profession has gone mainstream and as a result the quality of the end product is constantly improving. We all remember how terrible websites in the past were for usability and stability. Many modern developers would be shocked if they peeked under the covers of history.

We aren’t done yet though and the race for greater efficiency and efficacy means it’s difficult for humans to keep everything under control. AI tools have already made a significant impact on the way we think about web development in today’s world. Yet we are still some way off humans being completely replaced as it seems like the combination of human and machine is the optimal solution at the moment.

Deloitte Expert, David Schatsky puts it succinctly, “AI supports humans throughout the software development lifecycle”. He continues, “As with most automation, AI here accelerates the work. In some cases it eliminates certain tasks, but people are still needed throughout.”

The market is expected to grow rapidly with the entire AI industry to be worth $125bn by 2025 according to Statista. That’s 5 times the market value of today and it’s crucial for web developers to keep up with the trend or risk being outcompeted. Here are some of the ways they can use AI to enhance their web development. 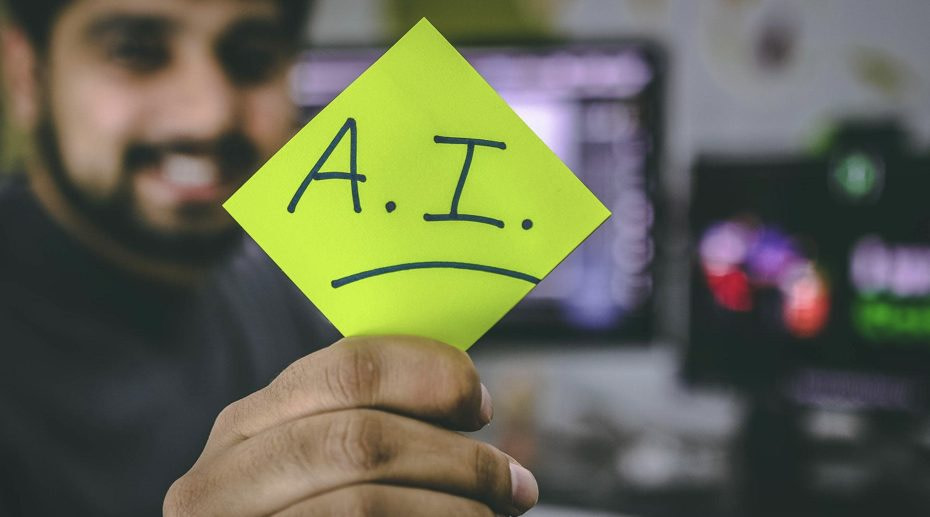 This stage can be the bane of a developer’s life. They might execute their technical tasks to perfection but if there are gaps in the requirements, they can be forced back to square one.

Infosys Nia is a leading AI system in this area. It allows software development companies to gather a huge amount of data from their clients such as business processes, technical systems, and legal systems and store it in a database. This can then be analyzed and issues in requirements found  before even moving to design.

This solves a major problem for enterprises who struggle under the weight of the mass of documentation they have piled high. Infosys found 68% of enterprises struggle to derive insights from their documents.

It also saves the developers time in needing to go back and forth with stakeholders for clarification questions as it can identify what information is missing early on. This means a smoother dev cycle with less context switching.

It’s difficult to put a value on how significant this technology is as one mistake in requirements that sneaks through could end up costing a company millions and wasting valuable developer time.

It’s been too common in the past for websites to be built with only the able-bodied in mind. Yet statistics from the CDC show that 1 in 4 Americans live with a disability. Making sure a website is available for everyone isn’t just  nice to have, it’s a legal requirement and failure can lead to lawsuits citing the ADA. In fact, these lawsuits are on the rise and the minimum fine you could be hit with is $4000.

Making an entire site accessible is not straightforward, though, and the Web Content Accessibility Guidelines are not a short read. It’s understandable for a human to miss something when trying to cater to such a diverse customer base.

In addition to trying to understand if you’re meeting every requirement, you’re also most likely updating website content on the regular. That means constantly having a developer manually making content accessible, and that cost adds up quickly.

This is why AI-powered tools such as accessiBe are so crucial for the future. This tool automates the process to save you legal battles, time, and money. Their AI tech optimizes for screen-readers and for keyboard navigation, and their user interface allows users to make color adjustments, pause flashing ads, and more. After the initial installation, it  scans the website every 24 hours for new content that has to be adjusted.

Another common problem for human web developers is the tendency to make tiny mistakes that can have severe consequences. It can then take hours to spot the offending character and put pressure on deadlines.

New software can catch bugs before even going to testing as the coder types. It can reduce keystrokes by up to 50% and make the coding process far more efficient. One example of a software that does this is Microsoft’s Code Defect AI. It in particular highlights code structures known to cause problems in the past so they can be avoided.

There are also functions like Automatic Code Generation that create a fast base for a developer so they have more time to focus on the more difficult aspects of a requirement. The technology isn’t at the stage where it can create fully production ready code but it can take a design and turn it into something a developer can tinker with. This reduces the pressure so complex functionalities can be unit tested with more breathing space.

Even with AI in the development stage, there are bound to be some defects that slip through. As all developers know, the earlier a bug can be spotted, the easier it is to fix and the less damage it causes. Zero defects is usually a dream rather than the reality.

Automated testing using AI can significantly reduce the likelihood of a bug reaching production. This saves immeasurable time and reputation as there is less need for human intervention post go live. Understandably, stability is incredibly important to ensure customers are getting the best experience possible all of the time.

TestimIo is an example of automated testing software that relies on AI. It uses previous examples of real-life user data to test codebases for stability and ensure different process flows can be carried out without any issues.

One clever feature is that rather than relying on simple css selectors, Testimlo inspects the DOM to assess elements thus ensuring the tests continue to work even after minor nomenclature changes. It also uses smart wait times between tasks in the process map to replicate real users as best as possible.

Too many think of AI as the future but it’s also the present. 50% of businesses have already adopted AI in at least one function according to McKinsey.

Those who can make use of the transformative aspects of the technology will be empowered to have faster and less risky development cycles. They’ll have an advantage over those using more traditional methods who may be left behind in their wave.

The goal isn’t to replace a development team but to augment them and allow them to maximize their output with less time wasted.

This website uses cookies to improve your experience while you navigate through the website. Out of these, the cookies that are categorized as necessary are stored on your browser as they are essential for the working of basic functionalities of the website. We also use third-party cookies that help us analyze and understand how you use this website. These cookies will be stored in your browser only with your consent. You also have the option to opt-out of these cookies. But opting out of some of these cookies may affect your browsing experience.
Necessary Always Enabled
Necessary cookies are absolutely essential for the website to function properly. This category only includes cookies that ensures basic functionalities and security features of the website. These cookies do not store any personal information.
Non-necessary
Any cookies that may not be particularly necessary for the website to function and is used specifically to collect user personal data via analytics, ads, other embedded contents are termed as non-necessary cookies. It is mandatory to procure user consent prior to running these cookies on your website.
SAVE & ACCEPT